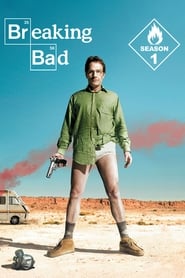 The first season of the American television drama series Breaking Bad premiered on January 20, 2008 and concluded on March 9, 2008. It consisted of seven episodes, each running approximately 47 minutes in length, except the pilot episode which runs approximately 57 minutes. AMC broadcast the first season on Sundays at 10:00 pm in the United States. Season one was to consist of nine episodes, which was reduced to seven by the writer’s strike. The complete first season was released on Region 1 DVD on February 24, 2009 and Region A Blu-ray on March 16, 2010.