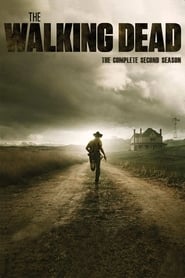 The second season of AMC’s television series The Walking Dead premiered on October 16, 2011 on AMC and featured 13 episodes. The series is based on the series of comic books of the same name by Robert Kirkman, Tony Moore, and Charlie Adlard; it was developed for television by Frank Darabont, who serves as executive producer for the second season along with Kirkman, Glen Mazzara, and Gale Anne Hurd.

The season finale episode was viewed by 9.0 million viewers, making it the highest rated episode of the series to that point, and the most viewed episode of an original series on AMC in history, up until the premiere of the show’s third season, which was watched by 10.9 million viewers.