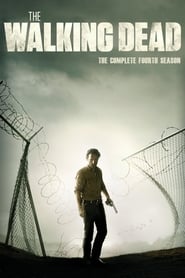 The fourth season of AMC’s television series The Walking Dead premiered on October 13, 2013, and consist of 16 episodes. The series is based on the series of comic books of the same name by Robert Kirkman, Tony Moore, and Charlie Adlard; it was developed for television by Frank Darabont, and is executive produced by Kirkman, Scott M. Gimple, Greg Nicotero, and Gale Anne Hurd. Gimple assumed the role of showrunner after the departure of Glen Mazzara at the conclusion of the previous season. It will introduce the notable comic character, Rosita Espinosa.